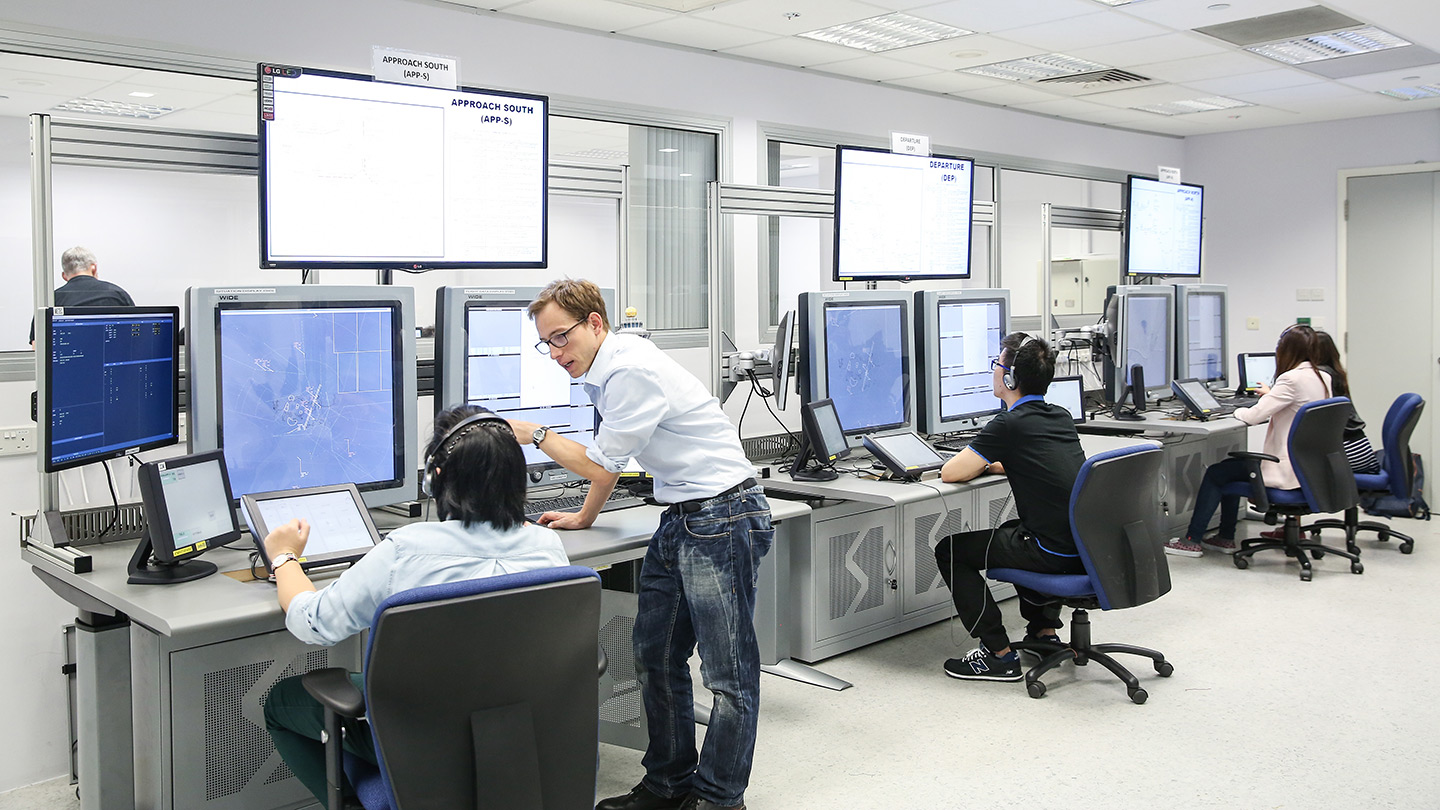 This simulation centre hosts one of the largest 360-degree tower simulators in the world (more than 12 metres in diameter), a radar and operations simulator, as well as various laboratory work stations. These simulators are now available for research on future ATM concepts for the Air Hub Singapore, which in the past years repeatedly has been calling attention with 2-digit rates of growth. The German Aerospace Center (Deutsches Zentrum für Luft- und Raumfahrt; DLR) supported the development of the simulation centre with its expertise. This technical support is just the beginning of long-term cooperation between the DLR Institute of Flight Guidance and the newly founded ATMRI. Initial research projects involving optimised flight paths and ground operating procedures to reduce delays are already underway.