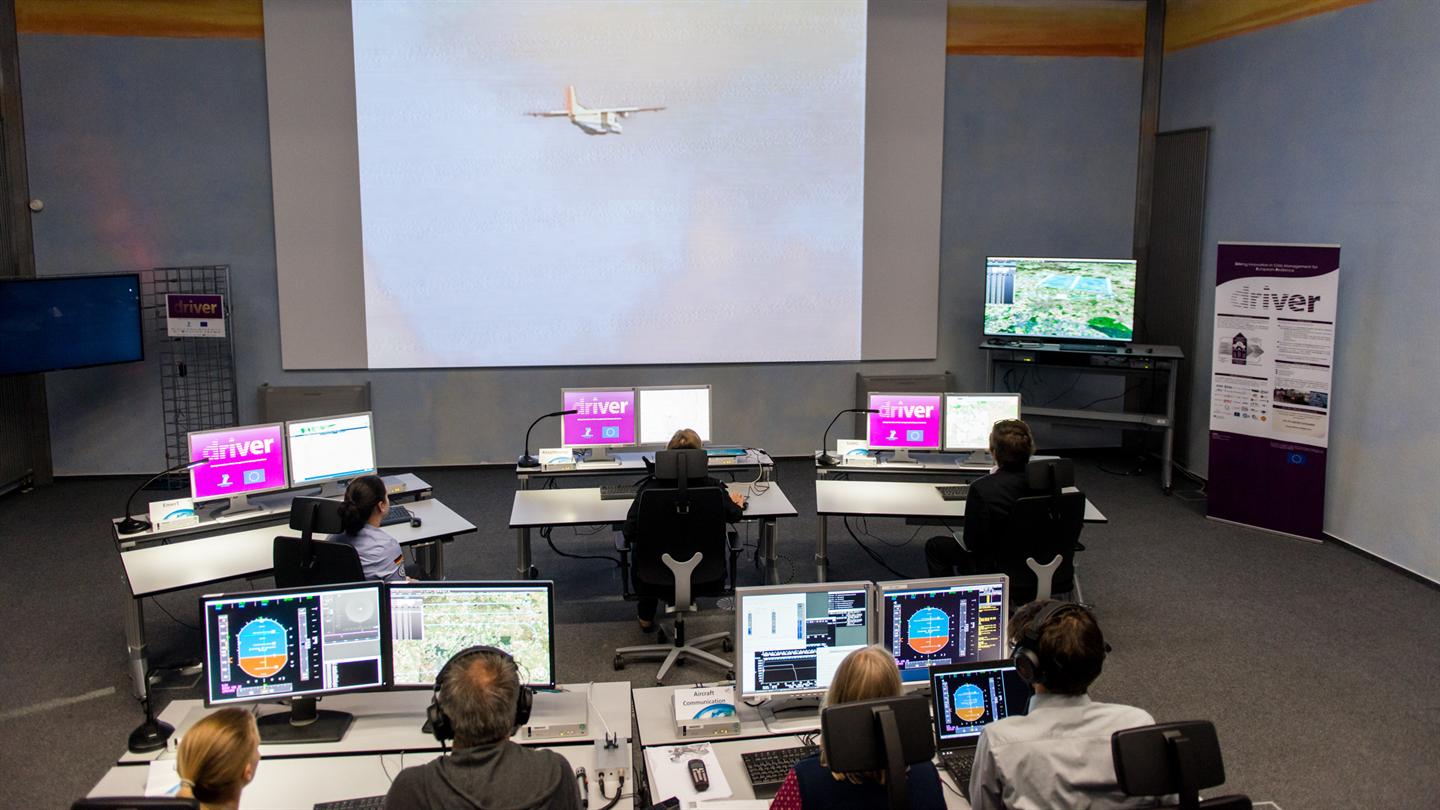 From 9 September 2015, test flights are taking place on three consecutive days in a simulated disaster scenario as part of the EU’s ‘Driving Innovations in Crisis Management for European Resilience’ (DRIVER) project. Harrowing scenes are being simulated in Braunschweig on those days. A major flood has covered a wide area around the Tankumsee, a lake near Gifhorn; surrounding roads are also affected and people are stranded in the water. But during this practice, the flood only exists in a digital form on the screens of the Air Traffic Validation Center operated by the German Aerospace Center (Deutsches Zentrum für Luft- und Raumfahrt; DLR). This is where a crisis management centre has been set up for the test campaign.

Meanwhile, DLR’s D-CODE research aircraft, a Do-228, is circling the Tankumsee. As it does so, it is supplying the U-FLY ground station at the DLR Institute of Flight Guidance with situational images in real time – information that the rescue workers use to coordinate the disaster response logistics. This technology is intended to make a critical contribution to disaster relief in Europe.